Last updated by Sadia at .

Tea; a quintessential English drink? Well, you would think so! However it has only been grown, produced and sold since 2005 in England at the Tregothnan estate in Cornwall, the only tea plantation in the UK. And earlier this year, I was lucky enough to spend a weekend away in the glorious Cornwall, and paid Tregothnan a visit.

As an avid tea drinker/obsessive it was fascinating to see how tea was being grown in Tregothnan. I was told that the special ‘microclimate’ was perfect for growing tea here in England, a tall task that wasn’t viable before. During our visit we got to taste the ‘Earl grey’ and ‘Classic tea’ blend, only 2 of the teas available in the wide selection of 35 to choose from! Here are a few snaps from our visit: 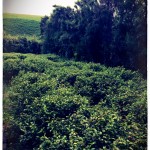 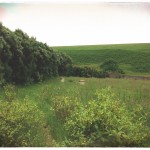 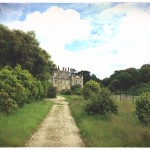 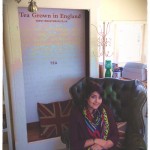 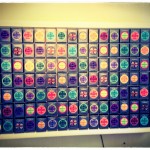 Over 150 million cups of tea are drunk daily in Britain today; we are now a nation of tea drinkers with tea being our most drunk beverage. So how is it that this drink that was only produced and sold on British soil from 2005, how did this become our most popular beverage?

Well, tea came to Britain via a foreign entity.  It was the marriage of Charles II to Catherine of Braganza that would prove to be a turning point in the history of tea in Britain in the 17th century. She was a Portuguese princess, and a tea addict, and it was her love of the drink that established tea as a fashionable beverage first at court, and then among the wealthy classes as a whole.

The British took to tea with an enthusiasm that continues to the present day. It became a popular drink in coffee houses, which were as much locations for the transaction of business as they were for relaxation or pleasure. They were though the preserve of middle- and upper-class men; women drank tea in their own homes, and as yet tea was still too expensive to be widespread among the working classes.

In the early 1800s, Anna the Duchess of Bedford, introduced the custom of the afternoon tea or tea party.  The afternoon tea satiated hunger between lunch and dinner and quickly became a social gathering. Tea is now seen as a quintessentially English drink and drunk by all.

One of the international tea parties that we offer is the ‘English Tea Party’, during this tea party you will experience tea English style first hand with traditional afternoon tea, fancy snacks and specially designed themed parlour games. 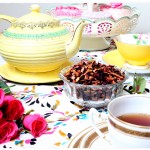 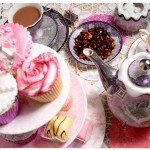 How to make the Perfect Brew

At Sadia’s Tea Party we love a proper cup of tea made with loose leaf tea served in china, however understand that this is not always practical. So today we present how to make the perfect brew using a teabag in a mug! This step by step has been developed after a team of university researchers in 2011 in Northumberland devised quite literally a mathematical formula for the ideal brew which shows that it is best drunk exactly six minutes after being made! So here it is folks.

Instructions for perfect cup of tea for one:

Step 5.  Wait 6 minutes before consumption for the cuppa to reach its optimum temperature of 60 degrees centigrade.